There are many well-known natural wonders on earth. Some of the most popular and famous natural wonders include The Great Barrier Reef, Grand Canyon, Mount Everest, and Victoria Falls. However, many lesser-known sights are just as stunning, despite their lack of publicity. Let’s strive to discover ten obscure and breathtaking natural wonders that you may not know exist.

Located on India’s east coast, the Borra Caves are situated in the Ananthagiri Hills of the Araku Valley in the Visakhapatnam district. The Araku Valley is a breathtaking, hilly terrain with a beautiful landscape and semi-evergreen, moist, lush forests. The Borra Caves wild fauna is spectacular.

The Borra Caves formed when river waters flowed through a limestone area, a beautiful creation of nature. The calcium carbonate turned into calcium bicarbonate, which was washed out by the flowing water. The striking feature of the caves is their exquisite variety of speleothems varying in size.

Mungo gave its name to two of the most remarkable archaeology discoveries – the Mungo Man and Mungo Lady. The Mungo Man’s buried remains date back 40,000 years, the oldest evidence of humans on the Australian continent. Partially cremated remains were found in Mungo National Park; the remains were named Mungo Lady.

These remains point to a burial ceremony involving multiple burnings. In addition, close to 460 footprints of adults, adolescents, and children dating back 19,000 to 23,000 years ago were found here. Thus, humans have inhabited this area for the past 40,000 years. Their tools and other relics continue to be found along the lakes.

The remains of lots of animals have also been discovered in the same place, including 40 species of animals that are extinct. In 1981, The Willandra Lakes Region was named by the UNESCO World Heritage Committee as one of its World Heritage Sites.

Insider Tip: Visitors can explore the prehistoric lakes and watch cockatoos, parrots, bats, and kangaroos in their natural habitat. Rain can make roads to the park impassable, and many visitors go with a tour group because of the park’s isolated location.

Read More: A Spiritual Journey Through Holy Cities In India

This is an extinct volcano in Tanzania formed millions of years ago after the volcano’s cone collapsed during a volcanic eruption. There are plenty of grasslands, as well as a small lake, which is overflowing with wildlife. For example, visitors might have the chance to witness an endangered black rhino, which rangers have lost their lives to try and save from poachers. It’s an unbelievable experience that will take your breath away from the moment you first lay eyes on the fantastic natural wonders of Africa.

Interesting Fact: The Ngorongoro volcano was active from about 2 million years ago. The volcanic eruptions of Ngorongoro resulted in the formation of the Ngorongoro Crater in Tanzania.

Mexico’s Hierve El Agua is a rock formation that looks like a waterfall. At a distance, this enormous rock structure looks exactly like a frozen waterfall. The rocks are actual mineral deposits sitting on top of a limestone mountain. Two freshwater pools sit on the mountain’s ledges and are regarded for their medicinal properties and springs immersed with calcium carbonate and magnesium. The water from the freshwater pools trickles down the cliffs, dropping minerals on the side of the mountain. Over an extended period of time, these deposits have expanded into columns that look like icy waterfalls.

The name “the water boils” in Spanish comes from how the water bubbles as it moves through the spring. The Zapotec people (indigenous pre-Columbian civilization) lived in the region more than 2,000 years ago. They honored these pools and steered the spring waters to irrigate their plants. As a result, the canals created by the tribe have solidified into these unusual rock formations over time. This is one of the unique natural wonders in Mexico.

Read More: The 10 Most Memorable Sites To Explore On Your India Trip

Erebus is the most active volcano in Antarctica. The most southern active volcano on the planet, the Mt. Erebus volcano, features a 1,700-degree Fahrenheit lava lake and pool of magma many miles deep. This is one of only five lava lakes that exist in the world.

The inside of Mt. Erebus may be burning hot, but outside of it, one would quickly freeze to death in the Antarctic temperatures. The side of the snow-covered volcano contains ice caves carved out by volcanic gases. The ice caves stay a consistent 32 degrees because of the gas, making them a perfect spot for undiscovered extremophiles. The volcanic gases heat their way through these ice caves and escape into the air to form gigantic 60-foot chimneys of ice, or “fumaroles,” with deadly volcanic gases pouring out from their tips. This is one of the most captivating natural wonders in the world.

Interesting Fact: Discovered in 1841 by polar explorer Sir James Clark Ross, it was easy to classify Mt. Erebus as a volcano as it was erupting at the time.

The spectacular Aletsch glacier lies in the Bernese Alps in the Swiss canton of Valais. This breathtaking glacier is the largest in the Alps and Europe. It measures a whopping length of 23 kilometers and a width of more than 120 square kilometers. Scientists have stated that this particular glacier is made up of 27 billion tons of ice.

Insider Tip: The only way to catch an up-close view of the Aletsch Glacier is by cable car, overlooking the famous Bettmerhorn and Eggishorn.

Read More:  6 Best Travel Pillows For Every Type Of Traveler

The town of Las Médulas is located in the region of El Bierzo, Leon. This small mountain marks the beginning of the ascent towards Las Médulas. This unique historical landscape was declared a World Heritage by UNESCO.

The edge of this landscape, marked by red clay mountains and covered by chestnut trees, owes its form to the Romans, who changed the natural environment in this region when they discovered the gold mine in the 1st century AD. For this reason, they came up with an intelligent system called “ruina montium,” which used water force to break down the soil and expose the gold. These mountains peak higher than 100 meters and lead to the center of the gold mine, the Cueva Encantada (Enchanted Cave) and Cuevona (the Huge Cave).

Insider Tip: Eight kilometers away from Las Médulas, the position of Orellán offers one of the best views of the whole place.

The Camargue is the largest river delta in Western Europe and covers 300,000 acres of wetlands, pastures, dunes, and salt flats. Salin Aigues-Mortes salt marsh is particularly famous for its bright pink hue, created by a saltwater and algae combination. Flocks of flamingos are frequently in the area, making what is undoubtedly one of France’s most beautiful natural wonders.

Brazil is not only known for its rugged coastline; its caves can be just as beautiful and remarkable. Some of the caves have broken world records, such as Gruta Casa de Pedra, the world’s largest cave opening. Nearly 705 feet high, the giant cave entrance is impressive and extraordinary.

Gruta Casa de Pedra (“House of Stone Cave”) is located within Brazil’s Parque Estadual Turístico do Alto Ribeira (PETAR), a world heritage site that’s beautiful. A visit will expose encrusted limestone, rivers and waterfalls, dunes, geological formations, pristine natural pools, and a diverse fauna and flora reserve. This is one of the most remarkable natural wonders you will ever see!

Read More: How To Travel Guide: Central Europe With Children

Located in southern Iceland along the Golden Circle, Kerid is unique amidst crater lakes because its crater didn’t form from an explosion as most do. Instead, the Kerid volcano is thought to have started when the magma in the center depleted itself, and the empty chamber beneath caved.

Despite the geological mishaps that led to the lake’s creation, its bright rainbow of colors looks eerie. In addition to the bright, blue-colored waters, the steep slopes of the caldera’s bowl are almost entirely covered in red volcanic rock. There is one less steep side of the hill covered in rich green moss. Out of all the obscure natural wonders, this one is the most aesthetic.

Interesting Fact: Kerid transforms from a vibrant place to a hotspot of Icelandic desolation and starkness during winter.

You may have never heard of the unique and obscure natural wonders in this guide, but they will leave a lasting impression in your memory. From the salt marshes of France to caves in India, the hidden beauty of our world is sure to captivate you. So grab your camera and a friend, and embark on a journey you won’t soon forget by visiting any of these breathtaking, but obscure natural wonders!

For all your travel needs, check out 11 Basic International Travel Necessities Everyone Needs. 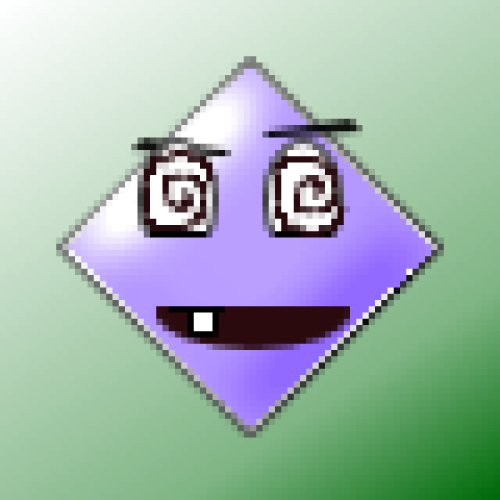 How to Have a Successful Family Holiday in Florence

How To Become a Travel Agent

Travels To Australia After The Wildfires

Where to Go This Summer – Travel Deals

11 Tips on What to See in Maastricht